Paving the Road Ahead: IndieCade2015

Over the course of the last twenty years working on games, 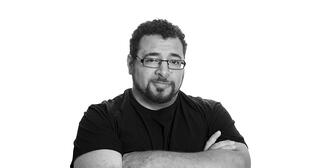 there’s one experience that I’ve come to anticipate with a mixed amount of pride and amusement. It’s the reaction that people have when I answer the question, “So, what do you do for a living?” In the 90’s, my response would prompt something like, “Oh! I didn’t know that was a real job!” Often followed by, “My kid would love that. Do you get to play video games all day?”

Over time, the reaction has changed, but only subtly. Now it’s usually something like, “Oh, that’s cool. Games are a big deal now.” The follow up reaction has changed as well. “Would you talk to my kid? Jamie really wants to make games for a living.”

This feeling of pride I mentioned comes from working on projects I love and being a part of an industry that people aspire to work in. Games continue to have a huge impact not just on our culture, but also on our economy. They really are a big deal.

However, my amusement is triggered by the disparity between what people imagine it takes to make a game and the more sobering reality I know to be true. Game development is the most complex, creative, and challenging entertainment business on the planet. It requires teamwork, talent, technical chops, business savvy and countless hours of iteration.

I’ve had the opportunity to work at almost every level in this industry, from QA tester to CEO, and I’ve found that the people who make games are some of the most creative, passionate, talented, collaborative, ingenious, committed, awesome and sometimes "quirky" individuals I’ve ever encountered.

Game creators are so passionate about what they do it is impossible to stop these people from finding a way to get their vision on the screen. Whether it was Ultima Online, which had a forecast of 6 weeks (now going on year 18!) or a mobile game like Heroes of Dragon Age, game developers have always proven to be highly resourceful individuals. Developers love to solve complex technical challenges and difficult design choices that involve multiple disciplines but instead they are often fixing problems related to the development of the game. In some cases, I’ve seen engineers spend more time fixing the development tools than they spend actually creating games. Imagine how much better things could be if they just had better tools to work with.

That’s why I joined MaxPlay a year ago. I know how challenging game development is and it was immediately clear to me that vision behind the GDS would fundamentally transform the way games are made by allowing teams to truly collaborate together in real-time from anywhere in the world.

One of my first priorities after joining MaxPlay was to create the Bloodhound Team. Their mandate is to be a small independent game-making team, building games and demos using the MaxPlay GDS. A few months later, I clearly remember overhearing two members of the bloodhound team chatting excitedly nearby as they tweaked the design of the tower defense demo level they were building. I later asked them to show me what they were so excited about. One of the game designers and a veteran 3D artist showed me how they had been working on the level together, each from their own workstation, tuning the layout of the map based on the pathfinding and combat systems in a very short time. They were ecstatic about how much fun and how easy it was to work together directly on the design. The power of the experience was moving for them and they’ve continued to work this way ever since, even when they have to work from home!

If there’s one thing I’ve learned working in tech over the last twenty years it’s this: When the people building a product actively use it and like it, you’re on to something good. So, you can imagine how excited I am to finally begin sharing more about what we’re doing with the rest of the world!

The team at MaxPlay has been working for over 2 years towards this vision and this week, we’ll be at IndieCade15 giving the first sneak peek at our technology, including a look at our demo with live remote collaboration. If you want to be among the first to learn more about the future of game development, join us at IndieXchange, 3PM  PST on Thursday, October 22nd.